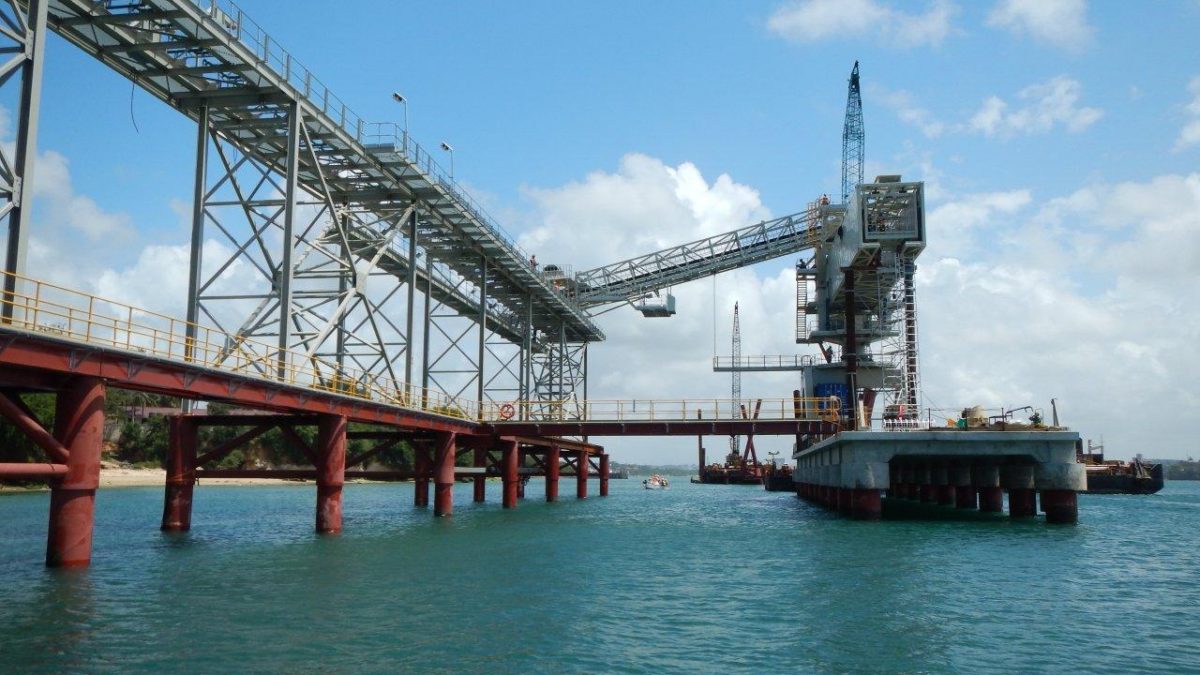 Base Resources Ltd. From Australia appointed WSP in 2011 to assist with the development of their Kwale Mineral Sands project in Kenya. The Kwale Mine is located some 10kms from the coast and approximately 50kms south of Mombasa. The primary products of the mine are ilmenite, rutile and zircon. Zircon is exported in containers via the Port of Mombasa, while ilmenite and rutile are exported in bulk and require a dedicated export facility. The mine plans to export some 330 000 tons of material (primarily ilmenite and rutile) per year through the new port facility, which is located in Likoni on the southern bank of the river directly opposite the Port of Mombasa and directly adjacent to the existing ferry terminal. The facility mainly comprises a storage shed for the mineral sands, an access trestle and load-out platform with breasting and mooring dolphins, and conveyors with a ship-loader. The site was quite restricted, being only about 13 300 m2 in size. The final scope of works included the following:

The 7000 m2 storage shed’s roof structure is supported on concrete and steel columns. The apex of the roof structure was designed with ventilation slots to dispose of dust and plant fumes. The sheds concrete surface bed is a 250 mm deep, 30 MPa reinforced slab which accommodates the weight of the mineral sand and the continuous traffic from the delivery vehicles. The storage shed was constructed using approximately 300 tones of steel.

The conforming design of the various marine structures comprised tubular steel pipes (vertical) founded into the riverbed and tied together with a reinforced concrete superstructure. The design accommodated the capability of local contractors, which meant that only vertical piles up to a maximum pile diameter of 1m could be used. The construction of the marine facility was awarded to Stefanutti Stocks Marine, who offered an alternative design based on larger diameter and ranking piles for the berthing and mooring dolphins, as well as steel superstructures for the dolphins and access trestles. Their pile design incorporated diaphragms to reduce the penetration depths onto the sandy and soft calcrete layers required when compared with the conforming design’s open-ended piles. During construction two test piles were driven to confirm the drivability of these piles and to ensure that the structure, as built, met the design criteria. The access trestles comprise 22 number 760 mm diameter piles driven to an average penetration depth of 24 , while the breasting dolphins comprise six numbers 1300 mm diameter raking piles each, with an average penetration depth of 20 m, and the mooring dolphins comprise four number 900 mm diameter raking piles each with an average penetration of 21 m. The 1200 mm diameter load-out platform piles (18 no) penetrated the riverbed by an average depth of 19 m. Corrosion protection for the headstocks and piles included a protective paint system, as well as cathodic protection. The piles were kept hollow, as the design life of the facility is only 20 years. This design life is based on the estimated life of the mine, which is 15 years. The conveyor and ship-loader system necessitated strict deflection criteria. (operating and out of operation) for the supporting marine structures, which resulted in the deflection criteria being the critical design criteria for the load-out platform design, especially considering the need for provision for empty ferry vessels berthing against this structure. The superstructure for access trestles and dolphins comprise steel headstocks, which also served as pile guide during piling for the dolphin structures. The void between the piles and tubular headstock members was filled with grout. Items such as handrails, bollards, access ladders, fenders and walkways were fitted to the headstocks. The headstocks were manufactured in South Africa and shipped to Kenya for installation. The load-out platform superstructure comprises a combination of precast and in-situ reinforced concrete members to simplify construction over the water. All concrete was mixed at the batching plant onsite, to avoid having ready-mix concrete transported from Mombasa city to site via the public Likoni ferry. The construction of the facility was completed towards the end of 2013. The first shipment of bulk ilmenite from the Likoni facility took place on Monday 17 February 2014, while rutile and zircon were first shipped on 6 April 2014. 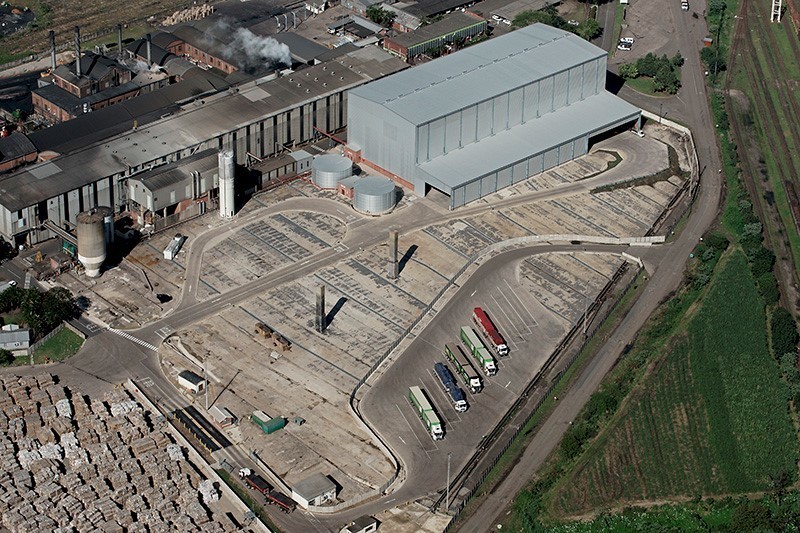 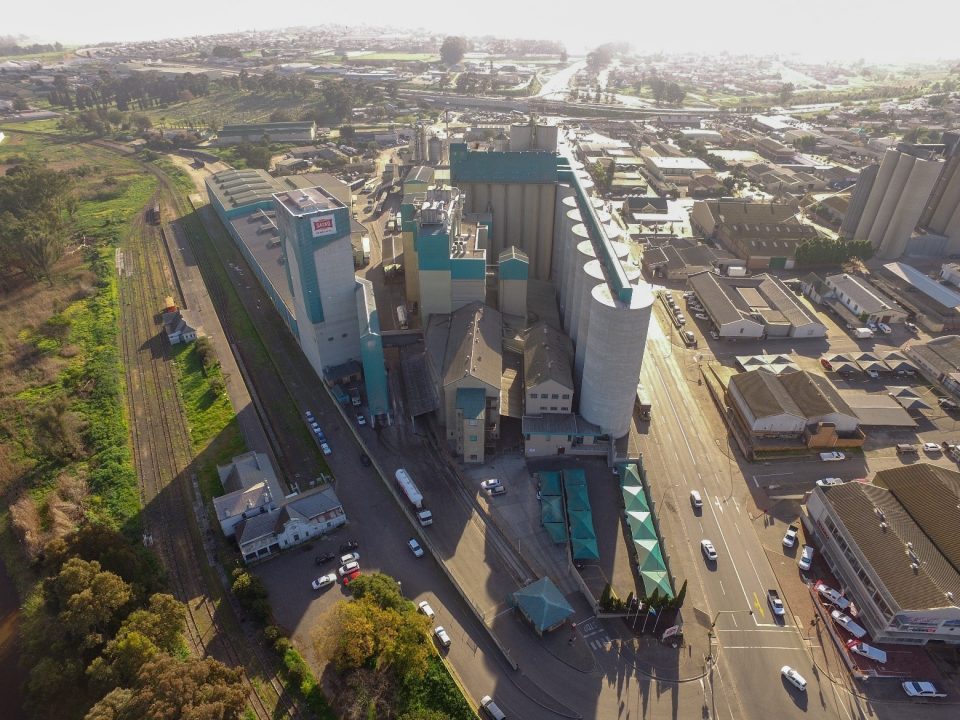